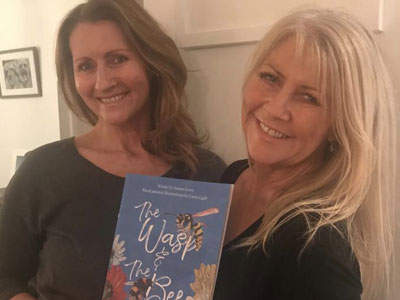 This is a story of two sister’s sharing a dream to create their own series of children’s books using their contrasting talents to bring something a little unusual onto the book shelves during the Covid Pandemic in 2020. Whilst out walking Caron’s dogs, in their bubble in their home town Henley on Thames, Caron confessed her dream to her sister of creating children’s books, similar to those that made such fond memories from her childhood with vivid beautiful hand painted illustrations. The sister’s agreed there and then to begin work and the Wasp & the Bee, which was their first completed creation, was launched in December 2020. They have gone on to publish The Fish & The Turtle in 2021 and the series continues. 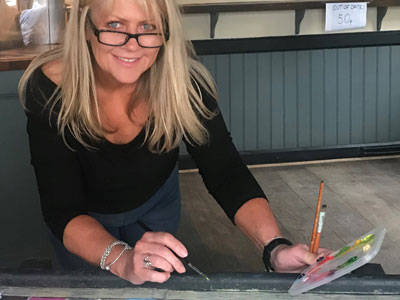 Back in 2002 Caron was asked to produce a piece of art for her sister’s house, as her sister knew what she wanted, but she just couldn’t find the concept or colours anywhere. So Caron went to work using a brand new set of paints and a canvas. Her sister was so blown away by the result, which is still hanging in her home, that Caron started to experiment and take on commissions from friends and family. Before long her art had appeared on Breakfast television and was hanging in retail outlets, bars and hotels and she now also supplies interior designers. Caron is the illustrator of the two beautiful children’s books, all hand painted in oils, and she has created greetings cards, cushion covers amongst many other commissions. 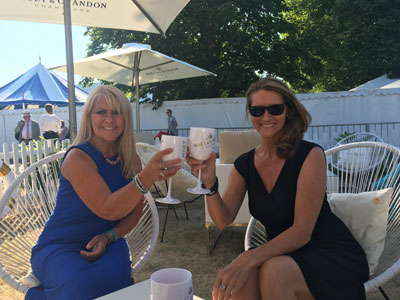 Janine, in contrast couldn’t draw to save her life, but contributes to the series by writing the verses to the range of books.

Janine’s career has predominately been in business management and consultancy, specialising in company creation and turnarounds. She became a university lecturer in 2015 at City University and also funds property development. She is probably her sister’s biggest fan and boasts a huge array of Caron’s art all over her own home.

The sister’s work extremely well together, having contrasting and complimenting skills that make the creation of these wonderful books such a dream for them both. They only wish that people who read them receive a much joy as they have had making them.

A delightful and entertaining children's book

Bought as a gift, the illustrations are super and the story rhyme compliments the images perfectly. Looking forward to the next book. Any age group could learn from the motto of this story.

A beautiful book bought for my granddaughter, lovely story , educational and beautifully illustrated by two talented sisters. I am very pleased with my purchase, and good value for money . I thank you very much from a delighted customer

I bought this book for my granddaughters, aged 6 and 4. They loved it. The only problem is that they both want to read it at the same time and that leads to predictable scenes of shouting and counter-shouting their prior claims. The story is beautifully complemented with some great eye-capturing illustrations.

I bought this book for my 2 nieces, to share, but that didn't happen!! A real treat for little ones, they will always remember the colourful illustrations and words, beautifully presented by these two talented sisters, a special keepsake for your children.